A young and beautiful Rebekah Harkness

Gossip has it that I got into the company because I looked like Rebekah’s daughter . . . . ? 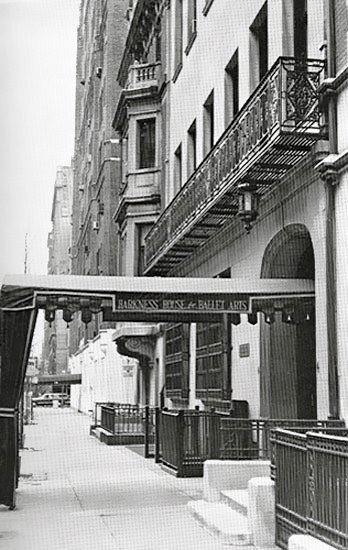 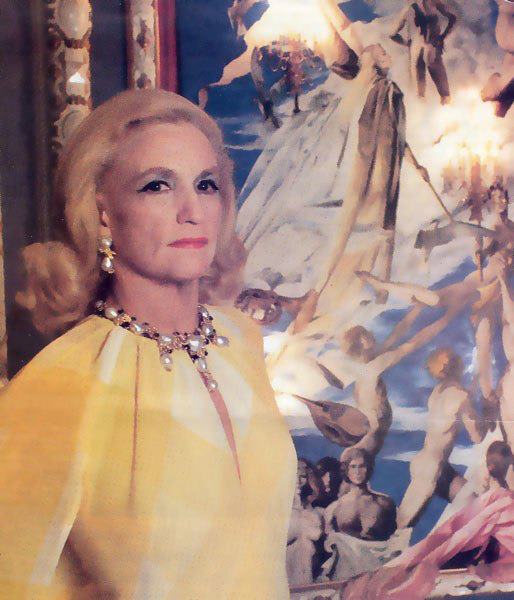 Rebekah Harkness standing in front of the proscenium mural she commissioned for her Harkness Theater in New York City at Broadway between 62nd and 63rd (formerly the Colonial Theatre, built in 1905) which is now The David Rubenstein Atrium, formerly known as the Harmony Atrium. In 1972 Mrs. Harkness purchased the historic Colonial Theatre across from Lincoln Center and renamed it The Harkness Theater. She completely remodeled the theater with state-of-the-art dance stage flooring, a matching rehearsal stage below the stage, and opulent decor for the house with royal “Harkness” blue and gold Louis XV chairs. The controversial mural behind her was painted by Spanish artist Enrique Senis-Oliver which depicted Harkness company dancers in the nude as well as a provocative rear-facing nude image of Mrs. Harkness herself in a flowingly dance pose positioned near the center arc of the proscenium.

Studio B at Harkness House 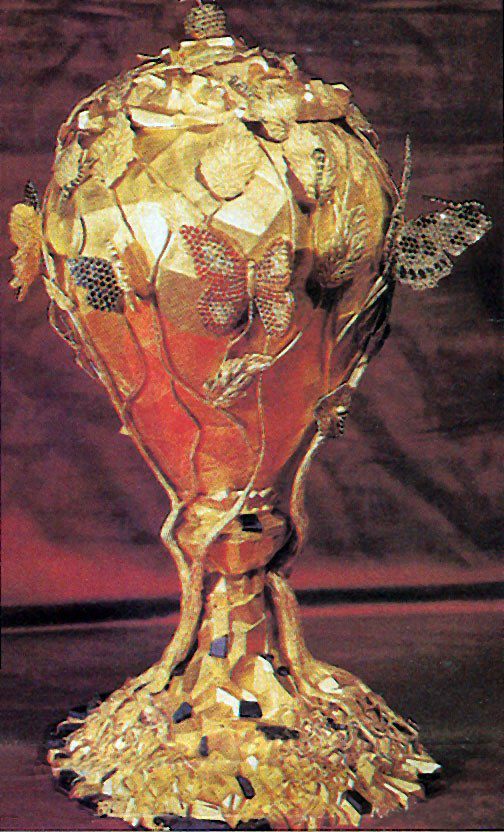 Rebekah Harkness’ cremation urn (the bejeweled butterflies’ wings open and close) golden, bejeweled chalice created for her by Salvador Dali. Dali’s “chalice of Sainte Teresa of Jesus” was ensconced in a glass niche in the entrance hall at Harkness House on the main staircase. Company members and Harkness Trainees could view this unique piece en route to studios, along with a number of other priceless artworks displayed everywhere throughout the building.

3 thoughts on “Harkness photos and captions courtesy of Tony Rosato”